Jay, founder of Kruski's, has been crafting good beer since 2007 with friends and family. Outdoors. Year-round. In MICHIGAN. Props. 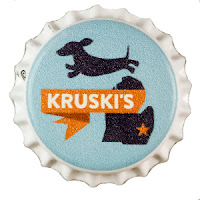 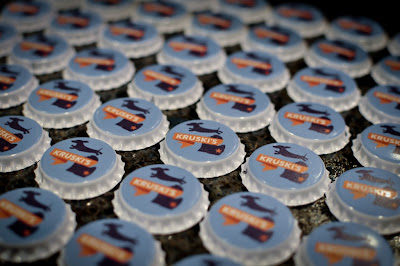 The Kruski design pays tribute to the great brewing state of Michigan and to Jay's dachshund and brewing buddy Barley.
Credit to Jay's friend and graphic designer Carrie (carrie@wakulatdesign.com) for creating a logo that brings these two loves together in chic style.

And in case you didn't believe me, here's Jay and friends brewing a continuously hopped IPA in the middle of January. They added a pinch of whole leaf hops every five minutes during the 60 minute boil, resulting in a very addictive aroma. They call this a Hop Facial.
Follow Kruski's adventures in homebrew, bbq, woodwork, and beer tastings, complete with great photos courtesy of the wife: http://kruskis.com/

BottleMark recently received the honor of a feature in the April/May Danske Olentusiaster. That's right: the Danish Beer Enthusiast Magazine! 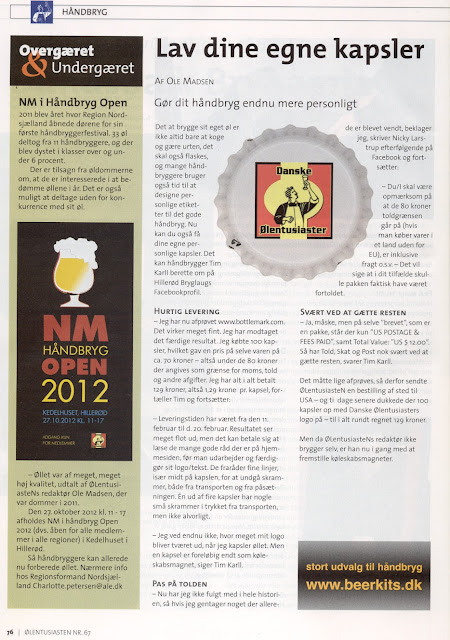 I confess I can't make heads or tails of the article, but our trusty Dane Tim Karll reassures me the content's positive. Who knows? Maybe we'll open a European branch someday. So here's to our international friends. Skål!
Posted by HER Cooper at 11:38 AM 2 comments:

We all believe in brewing a bit differently, but Relic Brewing has turned it into a business. This Connecticut nanobrewery specializes in small batch craft beer, like a hoppy spring rye lager or an American IPA with flavors of lemon, grapefruit, and late-added brown sugar. To prove that their beer is art, they put as much care into their design work, too. 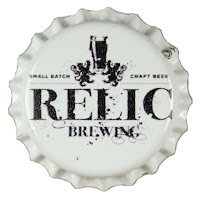 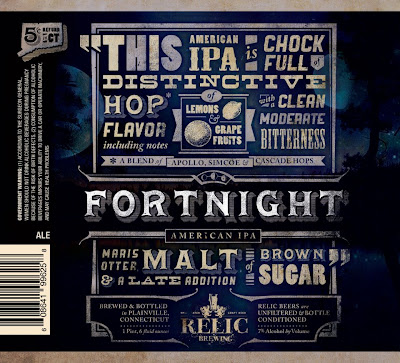 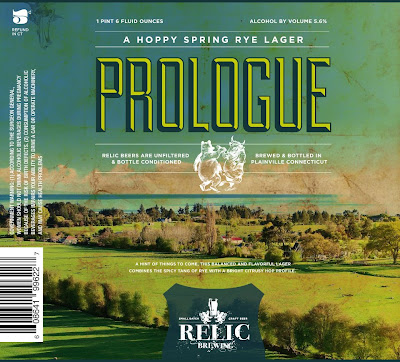 Designer Kieran McCabe explained his scheme: "The logo is meant to be an illustration of both the artistic and creative nature of craft brewing as well as a nod to traditional beer iconography. Relic's vision for all of it's artwork is to let the beer be the inspiration and it all has to be as unique and interesting as the beer." The logo has great old-school flair, and the labels are wonderfully complex. If the package looks this good, the beer must be fantastic!

If you live near Plainville, Connecticut, go seek out 95B Whiting Street on a Friday, and you'll discover a place that's anything but plain. You'll be pleasantly greeted by 22 oz. bottles, some great taps, and people passionate about their beer. 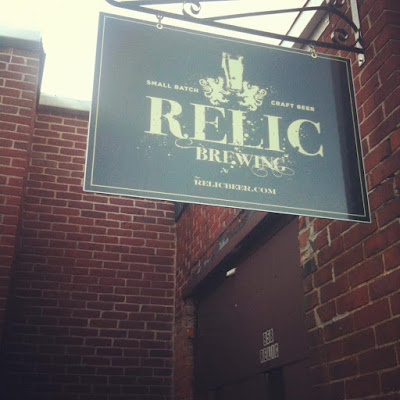 While he may be a trained graphic designer and photographer, Jack Daniel loves even more working with chemistry and contraptions in the lab and in the kitchen. With Jack's Studio Brews, he's found a way to unite these divergent interests. 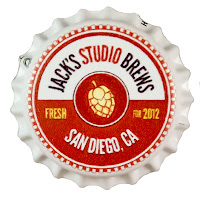 Jack's cap hits the design sweet spot: the perfect balance between detail and simplicity. The text is bold and easy to read (even when it gets small), there's a fantastic play of colors that makes for great contrast, the borders add energy...I just love it. The image pops at the size of an inch, but it's definitely not simple. Designers take note.

To prove that Jack knows what he's up to, here's what he can do with a larger canvas: 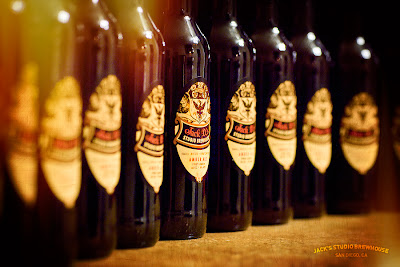 Looks like Jack's got some mad Illustrator skills and probably the beer to go with it, too. Since settling in San Diego to pursue his passions professionally, Jack's been busy making small batch beers, wine, even a fine Ceylon tea brewed with leaves imported from Sri Lanka.
Next up? A ginger ale. And hopefully more glorious graphics, too.
Posted by HER Cooper at 3:53 PM 1 comment:

Some caps are cute, some are clever, but only once in a while do we have the honor to print something truly epic.
When I queried creator Joseph Stanfield of Bearcrusher Brewery about the story behind this awesome, I received the following, equally epic reply:

The design is a picture of my rescue basset Rufus Bearcrusher. When we got him he had scars all over his body and head. There was no story or explanation behind them so we hired a professional investigative team of ninja squirrels to find the truth. After months of searching for answers and many battles with the samurai wombats of of the North, the search lead them to the snowy Icelandic Regions. It was here that they discovered the Bearcrusher Kingdom and the true identity of Rufus Bearcrusher, king of the Viking Horde. And now we wait, for once his memory is regained he will once again rule these lands and their people and lead them to glory razing, pillaging and looting the nearby lands. And when he dies, he will die an honorable death in battle and dine with the gods on the finest kibble and milk bones.

Until then, the government is utilizing him in their classified Counter Terrorism Unit. At least, I believe this is still classified, so it might be wise to keep that quiet until

Posted by HER Cooper at 9:54 AM No comments:

Every business has a QR code somewhere on display these days, but does yours come on a bottle cap?
Whether you've got a brewer's site, a homebrew blog, a quirky business, or a hilarious meme you want to share at a party, QR Code bottle caps are a great way to send people straight to it. There are lots of websites that create codes for free; combine them with BottleMark's simple upload tool, and you've got a totally unique way to market your business, beer, blog rants, or skiing ostrich.

Agathi and her interns made these unique giveaways with simple ingredients: recloseable hoops, colorful accent beads, and pre-punched custom caps. And no charm was left behind! At the end of the night, the event was a huge success, raising over $17,000 for Mercier's literacy programs. And giving BottleMark a new idea...custom cap wine/beer charms, coming soon to our shop!

Find out more and help support Mercier Literacy for Children.
Posted by HER Cooper at 10:59 AM No comments: