It took Erik Guttormsen and Nate Bullock over 365 different beers to convince them to start homebrewing. Both victors in 2007-2008 of the "365 different beers in a year" challenge (impressive work, gentlemen!), they clearly had a passion for the poison, so back in January, Erik and Nate founded L-Town Brewing. And they have certainly taken the plunge with style. 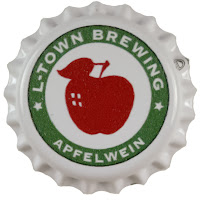 Each bottle cap tells a different story. The designs are radically different and wonderfully playful—just like their brews—but they still maintain a crisp, cohesive look. So here's a bit of storytelling courtesy of L-Town's creativity.... 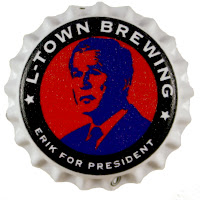 The Erik for President design crowns an easy-drinking ale, brewed for the people! 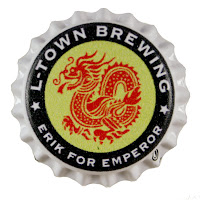 Erik for Emperor is also "for the people," but hopped with Sorachi Ace hops from Japan. 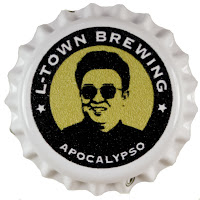 In honor of the doom foretold for 2012, the Apocalypso takes its inspiration from the Roots Calypso Ale and features fruit and pepper flavors in a wheat beer. 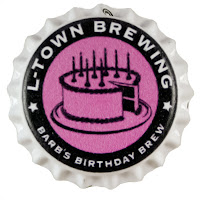 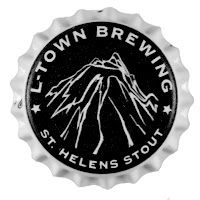 Mount St. Helen's Stout pays homage to the famous eruption while also poking fun at friends over at the local Ashtown Brewery. 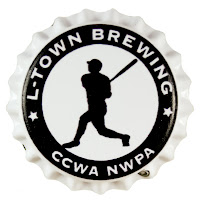 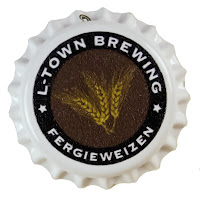 The hefeweizen Fergieweizen will be served at Erik's wife's family reunion, known affectionately as Fergie Fest. No relation to the Black Eyed Peas.

And even with all their L-Town activity, Nate and Erik are still trying new craft beers. Erik is taking the challenge again and has tasted over 760 brews...at least that's how many he's kept track of. Follow L-Town's adventures in tasting and crafting: 365beers.blogspot.com
Posted by HER Cooper at 10:08 AM No comments:

Thanks to you, our loyal customers, BottleMark really, really needs help. We're officially hiring a production specialist.
Just imagine...if there's a nuclear apocalypse and you're the guy with the only Nuka-Cola cap making machine...
If you live in the Houston area, like detail-oriented work, and love working for the beer-connoisseur community (we sure do!), send us your stuff!
Posted by HER Cooper at 3:57 PM No comments: