Here at BottleMark, we're proud to make your beer stand-out, but it's not every day we get credit for a an epic reception.

It all started with these caps... 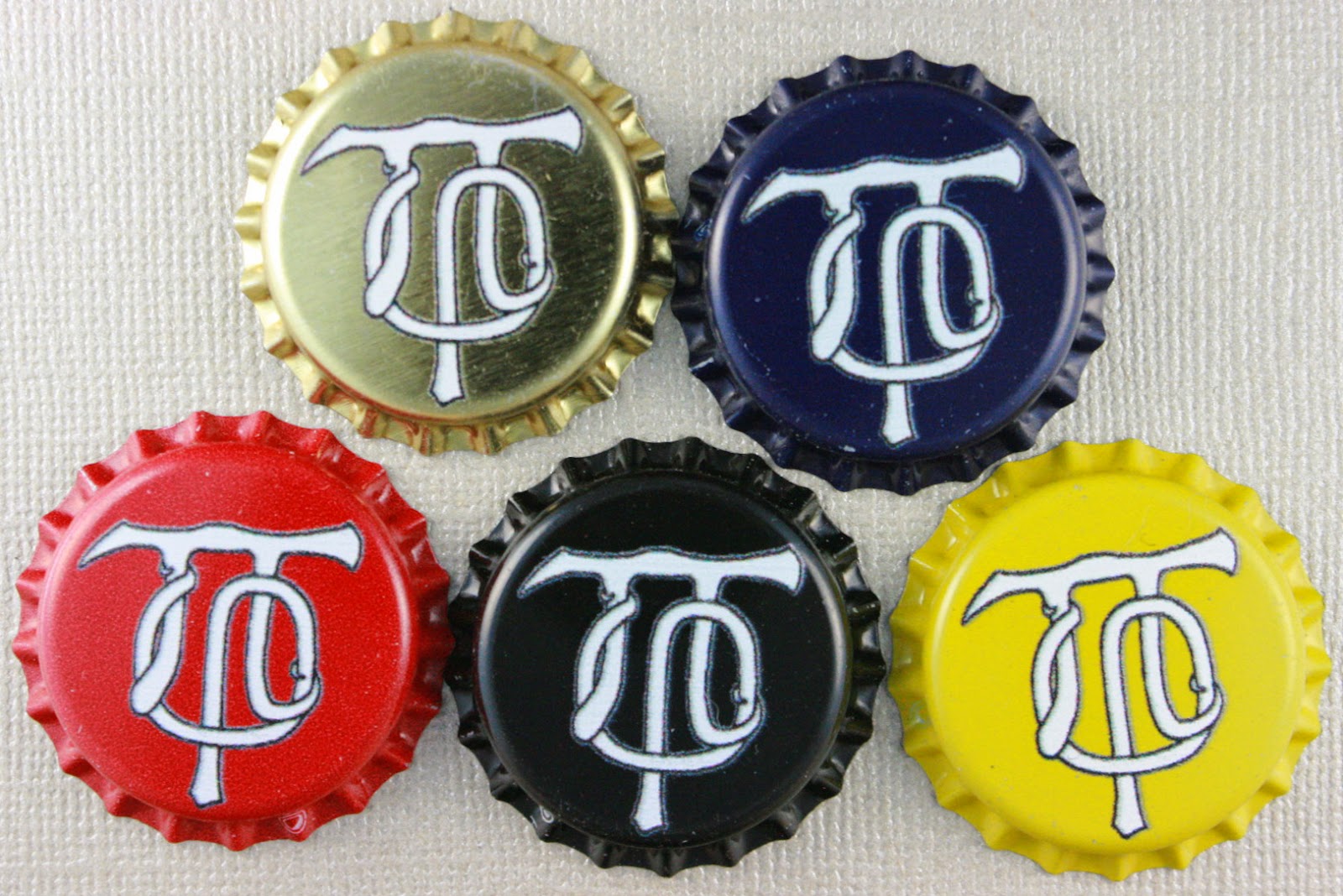 I love the classic "single-logo" look on bottle caps, and with the white fill and black stroke, the graphic pops on a wide range of colors. Designers, take note!

Here's the story in the groom's own words...

"BottleMark is incredible. I mean, I know it’s just custom bottle caps, but for me they were the difference between a ho-hum, amateurish wedding and the awesome, everyone-gets-wasted wedding that I had.


Here’s why. I’ve been a homebrewer since 2007, which gave me the chutzpah to convince my then-fiancée to let me brew all the beer for the wedding.  I wound up brewing nine 5-gallon batches, four of which I bottled. Those were the strongest beers, all over 8% ABV, and they were to be aged for several months prior to the wedding.


I know a lot of people like to label homemade wedding beers, and that’s well and good for them, but if you’ve ever done it before, you know it’s a pain in the butt. And that’s just if you’ve done it for a single batch of 48 bottles. Imagine doing that four times over. So I sought an elegant, easier solution. And that’s where BottleMark came in. 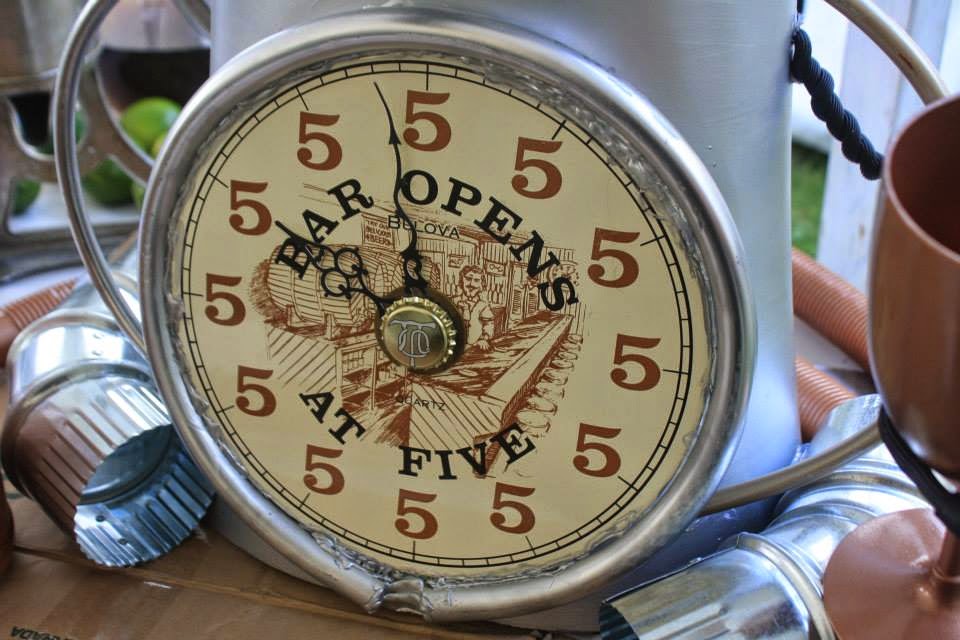 My little brother drew the symbol for the wedding, and we did our best to plaster it on everything we could. Aside from just being pretty, it was the perfect foreground image to put on the bottle caps. Each background color represented a different kind of beer, so all I needed to do was tell the bartenders which color was which beer and voila – the bottles have been labeled. 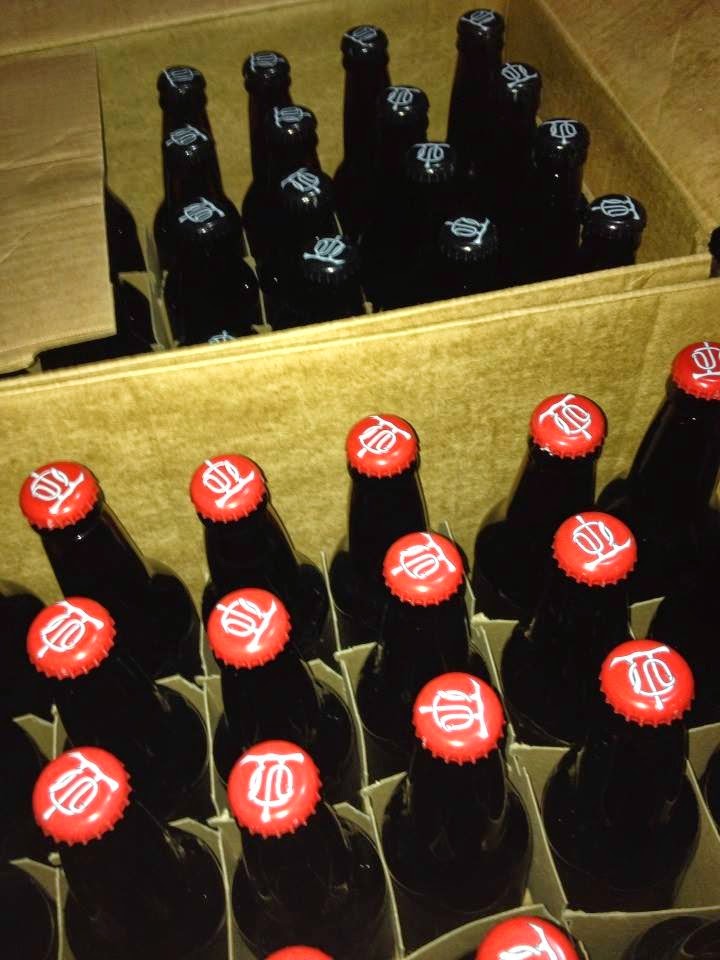 I loved using BottleMark’s site. The cap creator was simple and easy to use, and it allowed me to perfectly align the symbol so that when I crimped the caps down it would look exactly like it’s supposed to. When the order arrived a couple weeks later, I was very impressed at the lines, bold colors, and overall professional look. 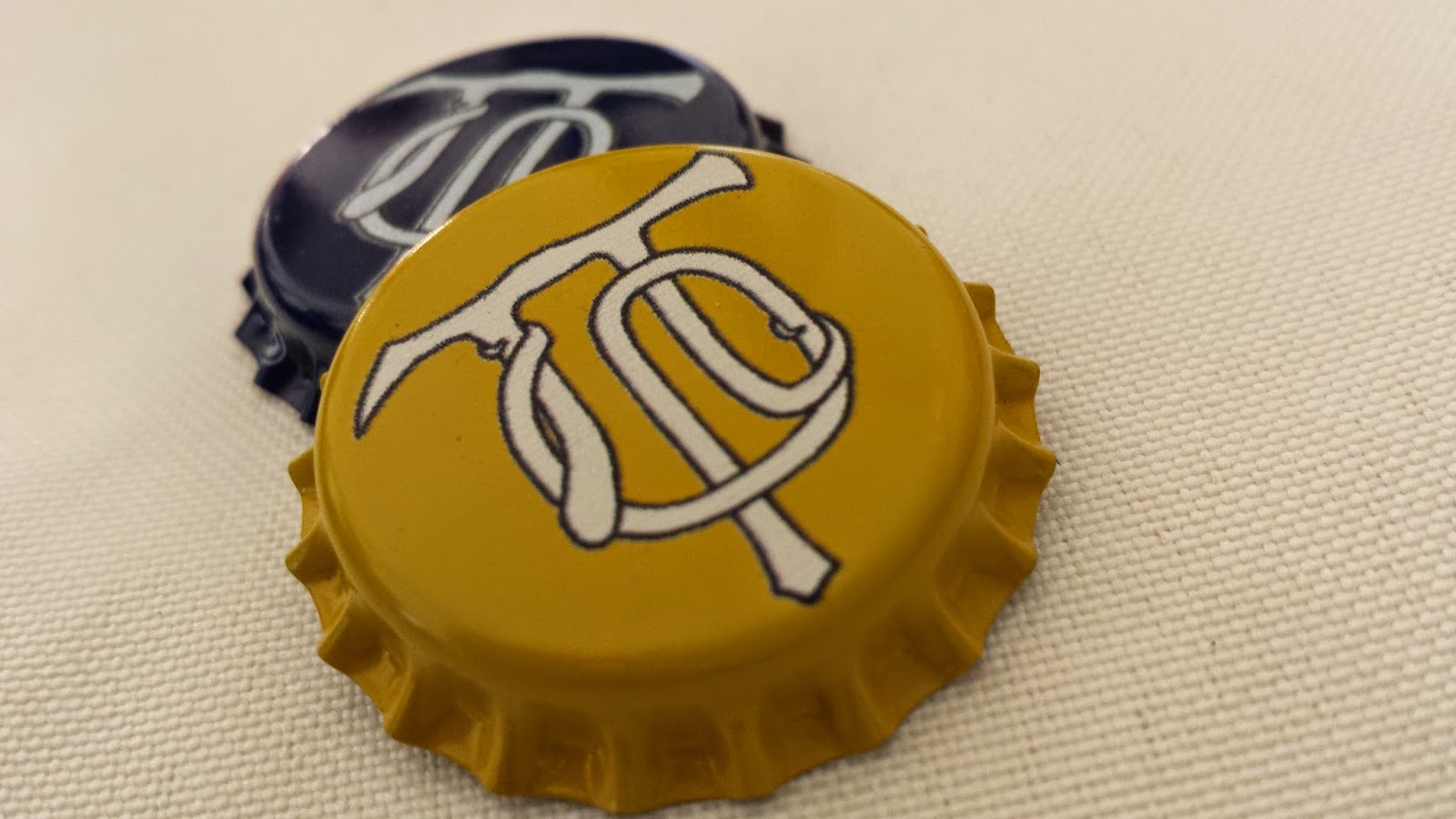 So were all the guests. A lot of people wound up taking used caps home with them as keepsakes, and my partner and I have decorated our house and leftover wedding paraphernalia with some of the unused ones. They truly are that pretty. I’m planning on brewing some beer for my five year anniversary, likely aging that one as well. The style and timing is still up in the air, but the place I’m getting my custom bottle caps from isn’t."

Thanks, Paul and Michele! We wish you a marriage just as epic as your wedding!